Thanks to Roland Dalton (Peter Weller), Michael Jones (Richard Brooks) is cleared of the murder of Officer O’Leary as O’Leary did not identify himself as a police officer and shot at Michael Jones first.

Roland joins Richie Marks (Sam Elliott) in chasing down drug baron Nicky Carr (Antonio Fargas) and corrupt cop Rydel (Larry Joshua). As they’re leaving in a plane, Richie manages to climb onto the landing gear, shoot out the hydraulics, and throw a grenade into the plane in mid-air. He escapes death by jumping into the Hudson river moments before the aircraft explodes. 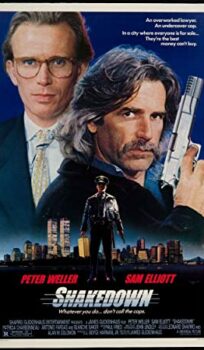