As the police station burns we see the Santa mask on the floor of the station burning, without a body attached.

We then see a man in a pick-up with a burned face looking at a photo of his family. He flashes back to a night when he was a child. A man, who is mentioned in a story earlier in the movie, is using a flamethrower to torch his wife who had cheated on him. As he finishes torching his wife the main character’s father (who was also a cop) pulls up and shoots him which ignites a bigger fire. The man burns to death. In the pick-up truck across the street his young son watches his father die. And thus creating the revenge-seeking Santa who kills half the town.

We then see the evil Santa drive off. Still alive and able to strike again.

Those who die (in the order they die): 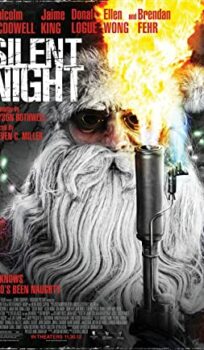