The Doctor (Robert Dolan) shares the same last name as the judge who sent Janey (Chelsea Jenish) and the other girls to his retreat. It turns out, The Doctor and his sons are actually attempting to brainwash all the girls there to be compliant, submissive women, who will be obey husbands. If they will not take to the treatment, there are taken into the woods to be eaten by a feral monster attracted by sound (hence why the retreat has a no talking rule; to keep noise down). The Doctor has piles of forged paperwork if he decides a girl is to be killed, stating that the girl had completed her treatment, and was released.

Janey and her friend Alexis (Sofia Banzhaf) tell the other girls the truth as the creature arrives. A bloodbath ensues, causing the deaths of three girls and one of the Doctor’s sons. Alexis is stabbed by The Doctor as she tries to escape with Janey. While hiding with in a cabin with Janey, her pained cries brings the monster’s attention. Janey, knowing she cannot stop Alexis from screaming, reluctantly strangles her to death.

Enraged, Janey confronts The Doctor. She stabs his remaining son, who is eaten by the creature. Janey and The Doctor wound each other, and when cornered by the monster, both stay silent. However, Janey grabs The Doctor and tears into his wound in order to make him scream. The monster tears his throat out, then sets its sight on Janey, who is wheezing due to an asthma attack. However, looking at a family photo and having enough of it all, screams at the monster to go to hell, scaring it off. The film ends with her walking away from the camp. 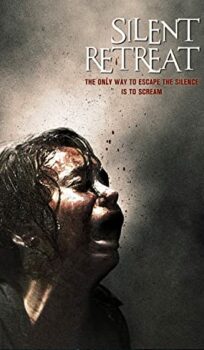