The Charlestown Chiefs are a fifth place hockey team in a town facing a mill closing. Learning that they face their last season, the player/coach (Paul Newman) seeks to revitalize the team. He fosters a rumor that the team is being sold and begins to employ goon tactics (led by the Hanson brothers) to win games. All the players go along with it except for Michael Ontkean who thinks it is degrading.

Paul Newman finally meets with the owner who says that disbanding the team is a better option because of a tax writeoff.

Facing the final game, Newman tells his team the truth and says to play it straight. Unfortunately, the opposition has recruited the worst goons in hockey and the Chiefs are pummeled during the first half. The manager, Strother Martin, then informs them that scouts are in the audience. The Chiefs come back with a vengeance and the game becomes nothing but a brawl.

Michael Ontkean’s estranged wife (Lindsay Crouse) shows up and Michael Ontkean becomes inspired to go onto the ice and perform a striptease. Maybe to show his love for her, or maybe to show the absurdity of what the game had become. The Captain of the opposing team is offended by nudity (but apparently not violence) and when the referee does nothing to stop it, the Captain decks him. The referee then calls a forfeit and the Charlestown Chiefs win.

The team is still disbanded but Newman gets a job with another team and resolves to bring his guys up there. 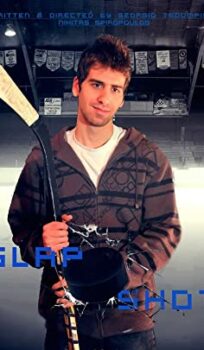