The infected Grant/alien thing (Michael Rooker) takes over the town with his army of slugs that turns the townsfolk into zombies under his control. Only his wife Starla (Elizabeth Banks), the teenage girl Kylie (Tania Saulnier) and the Chief of Police Bill (Nathan Fillion) are un-infected. Starla gets kidnapped by the zombies and taken to her house, which Grant has taken over. Bill and Kylie fight through the zombies, and in the final fight, Grant tries to impregnate Bill with his slug-infesting tentacle. Bill sticks the tentacle into a propane tank, and fills up Grant with propane. Starla then shoots Grant, exploding him into flames and de-activating the zombie army. The three of them walk off together. 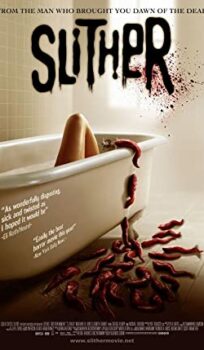