After getting dumped by her boyfriend prior to a trip to Ecuador, Emily Middleton (Amy Schumer) invites her mother Linda (Goldie Hawn) to join her on what is supposed to be an exotic adventure. Instead, the ladies are kidnapped by goons working for crime boss Hector Morgado (Óscar Jaenada). Emily and Linda escape from the kidnappers, but Morgado makes it personal when Emily (unintentionally) kills both Morgado’s nephew and son.

Emily and Linda try to reach Bogota to get to an embassy that will take them home. Meanwhile, Emily’s agoraphobic brother Jeffrey (Ike Barinholtz) annoys a federal officer named Morgan Russell into helping rescue his mom and sister.

Emily makes it to the embassy when Linda lets her escape after Morgado and his men find them, but Emily refuses to leave without her mom, so she gets help from two friends (Ruth and Barb) that she met at the hotel. After rescuing Linda, she and Emily fight Morgado until agents show up to arrest him and bring the ladies home.

A year later, Emily and Linda are taking their own vacation, now closer than before. 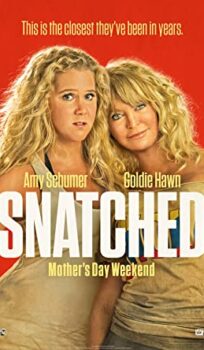