After being rescued by Thunder Jack (James Coburn) when he loses his dogs while out mushing one day and tried to walk home through the snow, Ted (Cuba Gooding, Jr.) gets some information about his conception from him in exchange for the dogs: Jack met Lucy (Angela Moore) in the cave they were now in during a past Arctic Challenge dog sled race, and the coldness brought them close together, culminating in the two having sex. She departed the next morning before he awoke. After the race, he tried to find her again, but she was gone. Satisfied with this, Ted hands the dogs over to him, and leaves for his home in Miami. Barb (Joanna Bacalso) kisses him before he departs.

However, while Ted is back home watching the Arctic Challenge on TV, his foster mother Amelia (Nichelle Nichols) comes to visit him, and she accidentally breaks the picture frame holding the photo of Lucy that he brought back with him. A hidden small photo emerges, showing Thunder Jack and Lucy together holding baby Ted in a hospital. Realizing Jack lied to him, Ted goes back to Alaska, where Barb and George (M. Emmet Walsh) meet him at the airport. They tell him that Jack, after checking in at one of the checkpoints in the race, decided to continue on despite a snowstorm approaching. The snowstorm was so bad that he ended up getting lost, and that rescue teams couldn’t go look for him because the storm was so severe. Ted takes it upon himself to find Jack with his own dog sled, with Nana as the lead dog.

He eventually finds Jack in the cave they were in earlier, frozen and with a broken leg, his dogs covering him to keep him warm. Ted warms him up, and Jack tells him the truth: He was there when Ted was born and held him in his arms, and that he and Lucy gave Ted up for adoption because, even though they wanted the best for him, they couldn’t provide it because they were independent spirits and not cut out for parenthood. He and Lucy went their separate ways after they gave Ted up for adoption, only seeing each other from time to time in town, but he admits to Ted that he loved her very much and he missed her. Ted and Jack finally accept each other as father and son, and Ted also finally becomes friends with the head dog Demon after he makes Demon submissive and then pulls a rotten tooth out of his mouth that had been bothering him for a while.

Ted and Jack finish the race together, coming in last and blowing out the Arctic Flame to signal the race’s end, and Ted introduces Amelia to Jack. Ted stays in the town, marries and impregnates Barb, and opens up a new dental practice. It is implied at their wedding that Amelia and Jack will hook up as well. Demon and Nana mate and have four puppies, and Ted’s brother Rupert (Sisqo) takes over Ted’s practice in Miami. 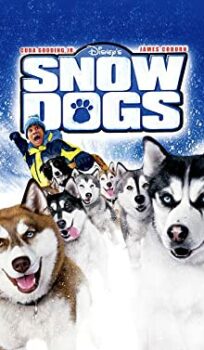