The heist is successful but Sterlo is killed. JR (Brendon Thwaites) and Brendan (Ewan McGregor) realize Sam planned to double cross them so they kill him and recover the gold. On a boat Brendan just bought, Brendan tries to stiff JR out of his cut. However, JR already anticipated that and had Tasha (Alicia Vikander) switch the bars with fakes. JR jumps off the boat to reunite with Tasha, telling Brendan he will send word where his half is located.

Brendan goes back to the hotel only to realize everyone has left. He knows he’s been recognized and goes outside to be arrested. Back in prison , he gets a letter from JR telling him where the gold is and a picture of Tasha, showing that she is pregnant with his child. 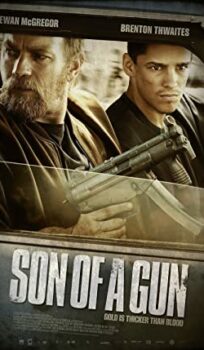