The Archdiocesis oposes to the attempt of Nino (Héctor Alterio) to marry Norma (Norma Aleandro) through the church alledging that, since she has Alzheimer, she does not have discernment to consent.  However, Rafael (Ricardo Darín) wants to fulfill his father’s dream anyhow, and, with the help of Rafael’s friend, Juan Carlos (Eduardo Blanco) disguised as a priest, the ceremony takes place.

Rafael gives Nino a surprise by having bought a small abandoned café located across the Belvedere Restaurant, with the intention of starting a business in it.

It is inferred that Rafael and Naty (Natalia Verbeke) will eventually get married, too. 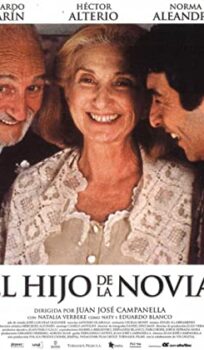