Short Version:
Despite the company’s attempts, they fail to kill Les. He survives being run over twice by the company’s executives. It is never clearly resolved whether Les was psychotic or actually had developed super powers.

Extended Version:
Les (Michael Rappaport) volunteers for a study for a big pharmaceutical company. Les is a meter maid and is sick of his job and his life. After taking some of the pills, Les gains super powers. The problem? Les is the only one who ever sees his superpowers, his friends and Dr. Dobson (Jack Kehler) believe that Les is delusional, and that the medication has caused him to become psychotic. Les is not deterred, and he decides to use his “super powers” to fight crime. Les actually is able to foil several criminal activities. Meanwhile, the two pharmaceutical executives Ted (Ian Bohen) and Jonas (Paul Blackthorne) realize that Les’ psychotic reaction to the drug could lead to their inability to sell the drug for millions of dollars.

As Les fights more crime (including injuring several innocent bystanders), he attracts more attention to himself and the pharmaceutical company (Les wears their logo on his costume). Although Dr. Dobson gives Les an “antidote” that will flush the drug out of his system, Les refuses to take it, saying he would rather be a super hero. Ted and Jonas then beat Les almost to death to get him to stop fighting crime. Les recovers and decides that it is better to be human than to be a super hero, and takes the “antidote.” As he walks out, ready to return to his normal, everyday life, Ted and Jonas run him over with their car. Les is not killed and stands up to face his opponents and tells them they will never defeat or silence him. Ted decides he can no longer participate in Jonas’ schemes to kill Les and runs away. Jonas again runs down Les in the car, but Les again returns to his feet. Jonas realizes that Les is seemingly invincible, and drives away defeated. Les is victorious, although it is unclear whether his super powers were real. 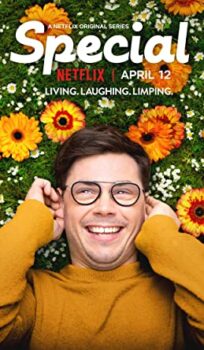