After his mother dies after a long illness, Evan (Lou Taylor Pucci) a depressed and heartbroken young man, impulsively decides to travel to Italy.

There he finds work with an old farmer Angelo and finds love with a mysterious woman Louise (Nadia Hilker) who unbeknown to him is suffering from horrible transformations that make her dangerous (even causing her to kill a tourist at one point). After a week together, Louise pushes him away, but Evan returns looking for answers. He finds her in the middle of a huge, horrific transformation.

Instead of running, Evan asks for answers. Louise explains that due to a genetic defect, she has become more or less immortal. Every 20 years she must conceive with a man (she and Evan have had sex already), and will change her appearance due to the influx of embryonic cells. She retains 50% of her partner’s DNA and all her memories, reborn as a 20 year old, until the next cycle. She has adult cells but they will only override her defect if she is truly in love.

Finding out he has only a day or so before she transforms, Evan decides to spend what time he has with her, having fallen in love with her. On the dawn of her transformation, Louise asks him about what it is like to live only one life. As he tells her, she begins to transform, and Evan, though warned she may attack him, doesn’t leave her side. In the distance, a local volcano erupts. Evan looks back to Louise and she looks the same. She was in love with him, and her adult cells superseded her condition, allowing her to live just one more life, with Evan. 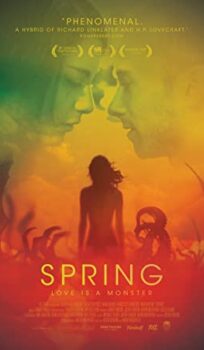