Anton (Shawn Doyle) makes a deal with Serbian mobsters for stolen mercury for 100 million in Swiss bonds. After the deal is completed, mobsters he was allied with kill the Serbians in a double cross. Anton, angry his word had been broken, kills the mobsters in turn.

At this point, undercover FBI agents Kit (Eric Roberts) and Jay (Romano Orzari) reveals themselves and attempt to take Anton in. A gunfight ensues, which wounds Kit and Jay and kills the rest of Anton’s men. Held in a standoff, Kit, who morals have gone gray due to his line of work, orders Jay to shoot through him to kill Anton, lest Anton get away and make another deal. Jay hesitates, but Kit screams at him to do it. Jay shoots Kit, killing him and Anton in the process. The wounded Jay leaves the building and races off with the Swiss bonds, to start a new life for him and his family. 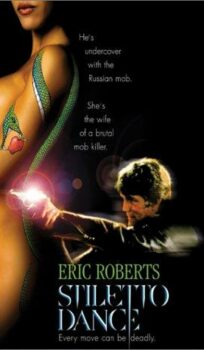