The morning after a one night stand becomes awkward for Guy (Joel David Moore) and Holly (Madaline Zima) when they become trapped in a massive traffic jam when Guy offers to drive Holly back to her car at the club they met at. With nothing better to do, they began to talk about the night they had and various ways dating affects them. Guy is revealed to be a serial “datist” who has had numerous one night stands while Holly is a serial monogamist, having had many long term relationships and hasn’t been alone since high school.

In flashbacks shown in reverse chronological order, we learn that Guy, who had taken a vow of no more casual sex, went to the bar for a blind date that never showed up. Meanwhile, Holly had just been dumped by her boyfriend and when her sister’s cruelly tell her that perhaps her problems with men are her fault, she leaves a family function in tears, only to end up at the bar Guy is at, which leads to their meeting that night. Apparently wanting to try something different led her aggressive advances with Guy.

The traffic finally clears, and Guy gets Holly back at her car. Guy suggests they go out on a date so Holly can still say she’s never had a one night stand and she’s seems open to the idea. As they hug, Guy says the phrase “Each other.” When Holly questions it, Guy reminds her of a phrase she used before, “What do a serial datist and a serial monogamist have in common?” Holly smiles at him and they lean in to kiss as the film ends, implying they will give a relationship a shot. 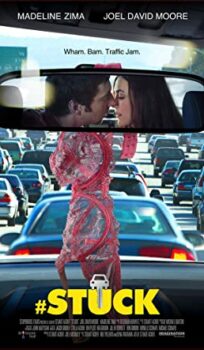