Teenage secret agent Yoko (Yoko Minamono) codenamed Saki has retired at 18 to finish high school and lead a normal life. However, in crossing paths with a young student Kazuo (Shinobu Sakagami) she learns of a school on an island that is training its students to overthrow the government, under the command of the sadistic Principal Hattori (Masato Ibu).

Yoko reassembles a team of her fellow agents including Yui (Yui Asaka) and Kyoko (Haruko Sagura). Megumi (Ayako Kobayshi), whose brother Kikuo (Tetta Sugimoto) was captured by Hattori asks to help as well. Hattori strikes first in a helicopter attack that kills Kazuo. In addition, when the team storms the island, they are quickly captured after Megumi sold them out to see her brother again.

Hattori orders a doctor to kill Yoko for her defiance, but she is saved by Megumi, after finding out Hattori lobotomized her brother. As Yoko saves her team, and frees the students, Megumi blows up the school’s army, causing a chain reaction of explosions. Yoko and Hattori fight, and Megumi ultimately dies protecting Yoko to redeem herself. Hattori is electrocuted by Yoko, who escapes before the school explodes. Yoko, her team, most of the students, and Kikuo survive.

Yoko’s old boss finds Hattori’s conspirator and convinces him that killing himself is his best option. Yui is reunited with her sisters, who commend her on a job well done. Yoko shares a final conversation with her handler Nishiwaki (Keizo Kanie) and walks off, retired for good. 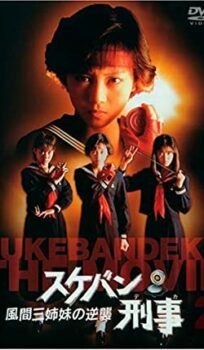