Josiah (Jason Isaacs) a psychotic preacher whose pious public persona hides a deeply flawed hypocrite murders Miguel (Eduardo Noriega), the husband of Sarah (January Jones) after a small grievance involving Josiah’s sheep. Josiah plays innocent and attempts to make Sarah sell her land to his congregation. When she refuses to do so, Josiah beats and rapes her, claiming to have purified her of her sins.

The new sheriff, Cornelius Jackson (Ed Harris) is deeply suspicious of Josiah of committing two other murders, relatives of the governor (which Josiah did) but cannot conclusively prove it.

Shortly after her rape, Sarah finds men who work for Josiah digging up the body of her husband and kills them. Realizing Josiah is responsible for all her sorrow, she begins to systemically execute every man loyal to him.

In the climax of the film, Sarah storms his farm, freeing the captured Jackson, and kills the rest of Josiah’s men (and his two wives). In a cat and mouse hunt, Jackson and Josiah trade shots at each other. Sarah checks on Jackson and finds him dead. Finding Josiah, Sarah learns Jackson was able to shoot him in the face. She turns to leave, but returns to put a bullet in Josiah’s head herself. She then leaves his farm for an unknown future. 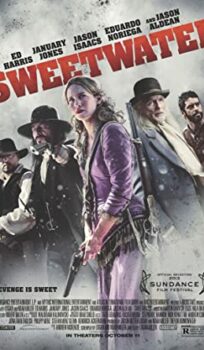