Pooper:
Though Margot never physically cheats on her husband, she eventually leaves him to be with Daniel. It is unclear if her decision makes her happy in the long run.

Long Ending:
The film begins with Margot (Michelle Williams) having a couple of chance encounters with Daniel (Luke Kirby) while on a work trip. When the pair return home, they agree to split a cab, where Margot discovers that Daniel lives only a couple houses away from her. There is an obvious attraction between the two.

Margot is married to Lou (Seth Rogen) and they have been married for almost five years. The couple has settled into a cpmfortable but unexciting routine. Lou is intensely focused on his efforts to write a cookbook and Margot (who is essentially a freelance writer) has a lot of free time. The pair are physically intimate (although Margot says it takes all her courage to seduce Lou) and their love for each other seems genuine. They are also extremely close with Lou’s family, with Margot’s best friend being Lou’s sister Geraldine (Sarah Silverman), a recovering alcoholic.

Meanwhile, Margot and Daniel continue seeing each other and their connection grows ever more intense. At one point, Margot tells Daniel that she will kiss him in 30 years (saying that after 35 years of faithful marriage, she will have earned a kiss from him). Daniel seems regretful that Margot is married and she is clearly intrigued by the passion he has for her (and the amount of time he devotes to her). Eventually, the pair spend an entire day together, going to an amusement park and sharing a romantic picnic. Though Margot enters Daniel’s house at the end of his night and sits on his bed, she eventually breaks down crying and leaves before anything physical happens.

Daniel realizes that their continued relationship will only lead to unhappiness (and he also doesn’t want to hurt Lou and his family), so he moves out of his house. That night, Margot dreams of sharing a passionate kiss with Daniel. When she wakes up, she tells Lou that she wants a divorce. Margot then leaves and finds Daniel and the two passionately embrace.

We watch a montage of Daniel and Margot having very passionate (and sometimes kinky) sex. After the montage ends, Margot gets a call that Geraldine has relapsed and gone missing and that her son is asking for Margot. Responding to the call, Margot shows up at Lou’s house to comfort Geraldine’s son. Geraldine finally returns (still slightly drunk) and when she sees Margot, angrily confronts her. Geraldine admits that she has a problem, but that what Margot did was worse because she betrayed everybody for only illusory happiness. Lou and Margot then share one last bittersweet conversation before she leaves.

Some more time passes and we see that Daniel and Margot have now settled into their own routine that is somewhat similar to the one she had with Lou. Though Daniel still seems to love Margot, the passion they shared earlier appears to have dissipated. The film ends with Margot riding the rides at the amusement park alone. 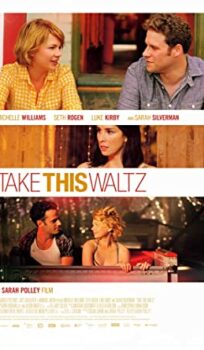