Charlie (Luke Wilson) eventually meets with the tenure committee, and he is informed by Dean Leakey (William Bogert) that, though his students have showered him with praise on the student evaluation forms, he and the rest of the committee cannot overlook his virtually non-existent publishing history and the shenanigans that he engaged in during the course of the film.

In the end, Charlie gets offered a one-year probationary tenure, but with a big catch: His teaching duties will be severely cut back so he can focus more on research and writing. Since he prefers teaching over publishing articles, Charlie refuses this offer and quits the university. He then goes to the assisted living home where his father William (Bob Gunton) resides and checks him out and has him come live with him.

Charlie secures a new teaching position at a nearby high school, which will enable him to teach his class without any pressure to publish anything. At a party that Jay (David Koechner) holds for him to congratulate him on the new job, Elaine (Gretchen Mol) shows up. He eventually finds out from her that she broke up with her uppity boyfriend Warren (Andrew Daly) after having grown tired of his attitude, and seeds are then planted for a romance between them.

The movie ends with Charlie teaching his first class at the high school. 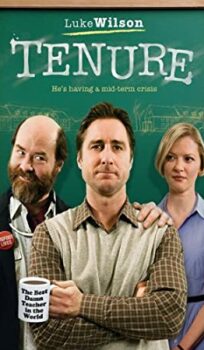