Following Helen (Stacy Linn Ramsower)’s death Dr. Sean O’Grady & Janet Reardon uncover a conspiracy to deliberately infect a series of wealthy benefactors with cancerous tumors, which they would then cure, which would lead to grateful donations from these patients that would lead to vital funding into a breakthrough for cancer as they were going under on the verge of potential success. Sheila Adamson found out about it and was silenced for it. Margaret Desmond obsessed with Dr. Maxwell tries to stop them, but they subdue her. Sterling Rombauer comes along and finishes her off due to her failure making it look as if it was Sean & Janet. He then goes on to kill Sean’s older brother, Brian O’Grady for knowing too much. As he is doing this, Sean and Janet find a vial of the cancer causing chemicals Shelia hid in her room, and head over to the hospital. Maxwell informs Sterling who sneaks inside to start destroying the potential evidence, and is discovered by them. A chase shoot-out ends in Maxwell being mortally wounded by Sterling trying to stop him from killing them, though not before he reveals to an enraged Sean that Sterling killed his brother. This leads to a fight ending in Sterling falling to his demise. Despite their best efforts Maxwell succumbs to his injuries, dying whilst begging forgiveness.

Concluding text reveals that despite their best efforts to cure cancer scientists and doctors have so far been only able to learn how to cause it. 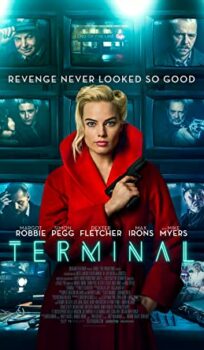