Medium Version (just all the juicy stuff):
Eric (the older dark haired brother) dies first. Tommy (the chainsaw killer aka Leatherface) tortures him and then just finally stabs a chainsaw through his torso. After of course he removes his face and wears it as a mask. Next Bailey dies at the dinner table. She’s pretty much comatose from shock when Tommy runs in and slits her throat with scissors. Then Chrissie escapes and runs to the old meat packing plant.  She finds the old foreman dead and steals his truck keys. She hears the metal door slide and knows Leatherface is there. She hides in the slaughter barn and just as Leatherface is coming to kill her she pops up and stabs him. They struggle and Dean shows up to help Chrissie escape. Leatherface eventually impales Dean on the chainsaw. Chrissie escapes to the car. She starts it and peels out. As she is driving off she sees people in the distance . As she approaches “freedom” Leatherface pops out of the backseat and stabs her through the front seat. This causes her to crash into the people on the road thus truly killing everybody.

Explaining the original chainsaw movie:
You see how R. Lee Ermey becomes the sheriff. (He kills the original sheriff who happens to be the only law around)
You see how the man in the wheelchair loses his legs. (He gets shot in one so Hoyt instructs Leatherface to cut it off and then the other for “balance”)
You also meet a lot of the characters from the “first” movie and get a little back story on them. (The momma character and the fat woman character) 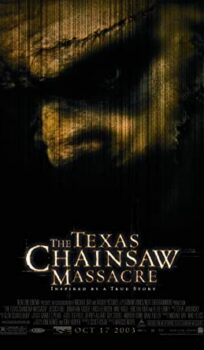