While Lilly (Bette Midler), Dan (Dennis Farina), Molly (Paula Marshall), and Joey (Danny Nucci) are out crashing a wedding, Lilly & Dan have a big blowout. When Joey tries to stop them, they push him down, and his little camera falls out of his shirt. Molly accuses Joey of spending all of this time with her just so he could get another picture of Lilly, so they have a blowout, too. Alan (David Rasche), Rowena (Gail O’Grady) & Keith (Jamie Denton) arrive shortly after, and they reclaim their respective spouses and head home.

That night, Molly goes to see her father, and admits to him that she hasn’t had much fun being with Keith. The next day, Molly and Keith go to the airport to get their flight to Hawaii for their honeymoon. Lilly comes with them, bringing Alan along, and secretly asks Dan and Rowena to meet them at the gate. Lilly and Dan begin to argue again, but this time Keith gets into the mix. Dan accuses him of being an unfit husband for Molly, which he takes exception to, but then Lilly finds one of Rowena’s red hairs on Keith’s suit, and that, combined with Alan then mentioning Keith’s unexplained disappearance from his home two nights back, confirms his cheating on Molly with her. When Keith questions Molly about where SHE was that night, Joey appears and says she was with him (though they didn’t sleep together), and he tells Molly that he wants to be with her.

Soon after, Molly offers her parents hers and Keith’s plane tickets, knowing that they’ll never get over each other and that they should just fly out there and deal with it. Lilly and Dan happily accept the offer, hug her, and get on board. Molly tells Keith she’s annulling their marriage, and then she kisses Joey and leaves the airport with him. 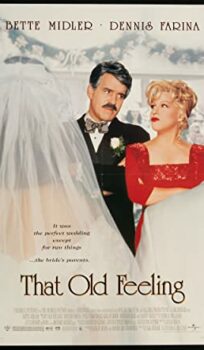