Adaline in 2015 going by the name of Jenny meets Ellis Jones (Michael Huisman). They strike up a relationship.

Ellis then invites Adaline to his parents house for there 40th wedding anniversary. William (Harrison Ford) recognizes Adaline for a girl he met in the 1960’s. Adaline promptly tells William that was her mother name and that she dies several years prior.

William gets suspicious and finally confronts her about it. Adaline admits to being the girl in the 1960’s. William want her to stay for Ellis sake. Adaline promptly leaves.

Adaline then gets into a car accident and nearly dies. At the hospital Adaline tells Ellis the truth or some version of the truth. Flemming then arrives at the hospital. 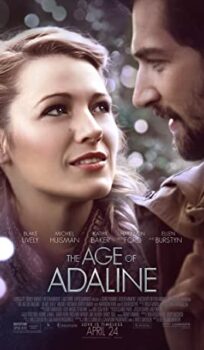