Casey Davies is a meek and timid accountant who suffers a mugging by a motorcycle gang. In an attempt to toughen himself up, he joins a karate dojo led by a mysterious Sensei. He also meets a woman named Anna, who is the only female member of the dojo who has been trying to prove her worth since the dojo first opened.

While spending more time under Sensei’s tutelage, Casey becomes more assertive but in a toxic manner. He also finds that Sensei is having him do insane tasks like attacking a man who is allegedly one of the muggers (which turns out to be false), and then attacking other people on motorcycles (indicating the students were the ones who mugged him). Casey later finds proof of Sensei’s dirty deeds via paperwork and videos that confirm he led the mugging on Casey.

Casey challenges Sensei to a duel to the death, but instead just shoots him in the head. He fools the other students into thinking that he beat Sensei using a fabled technique known only by the dojo’s late grandmaster, and he then trains his new German shepherd to kill Thomas, a student that earlier killed Casey’s little dachsund. Casey then gives Anna the black belt she had long coveted, and she is promoted to sensei with the intent of teaching a more compassionate karate style, while Casey teaches the children. 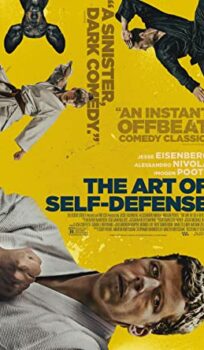