GIGN forces finally storm the plane, Air France Flight 8969, on December 26, 1994, killing all four hijackers. Though some hostages and police officers are wounded in the raid, there are no other casualties outside of three hostages executed before the raid was able to occur.

At the end of the movie, it is stated that authorities determined that the hijackers had planned to crash the plane into the Eiffel Tower in Paris. 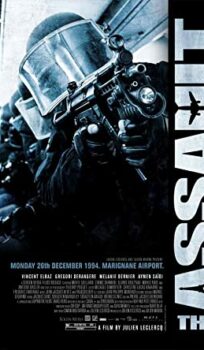