Plot setup:
While running for office as mayor of Gotham, Thomas Wayne asks Carmine Falcone to intimidate a reporter who is threatening to leak information about Martha’s mental health problems (her maiden name in this universe is Arkham). When Thomas found out Falcone had the journalist killed, he immediately reports it to the police. To keep himself safe, Falcone has the Wayne’s killed and the $1 billion Renewal project diverted to organized crime.

Plot Summary:
Carmine Falcone is killed by a shot from a sniper rifle, and the shooter is chased down to a cafe, where he is identified as the Riddler and taken into custody. Batman interrogates him. The Riddler is Edward Nashton, an orphan displaced by the mishandling of Thomas Wayne’s Renewal program, which was supposed to benefit displaced children, but after his death, the only orphan who Riddler saw being treated well was Bruce Wayne. Riddler shares his feelings of connection with the Batman, before telling him about the time bombs about to go off around the city’s waterways, causing it to flood. Several of Riddler’s online followers keep their plan to ambush the mayor’s victory party by killing everyone in the arena. Batman and Catwoman stop the goons, and the mayor survives a gunshot. With his plan foiled, the Riddler is consoled by a laughing inmate in another cell. Selina tells Batman (never learning his identity) that Gotham is lost, and leaves. Batman chooses to stay to protect the city. 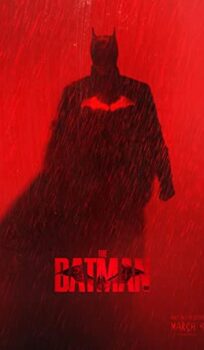