POOPER:
After surviving the shootout that killed Arnie, Brandi, and the two Jewish men, John and Alice hand over the teapot to Dr. Ling, and then give away the remaining money and luxuries they bought. Dr. Ling throws the teapot into the ocean.

LONG VERSION:
John and Alice (Michael Angarano, Juno Temple) are a young married couple who are in love but broke. After being involved in a minor car accident in front of an antique store, Alice goes inside to look around. She is immediately drawn towards a brass teapot, and impulsively steals it. The next day, while John is at work (a job he will lose that day), Alice burns herself with a curling iron, and money comes out of the teapot. After hurting herself some more, she finds more money coming out of the pot. She tells a returning John of her discovery, and they eventually learn that the more painful the injury they give themselves, the more money shoots out of the teapot. They later learn that the pot will also payout for injuries that happen to other people who are near the pot. They go to the library to research the pot, and they discover that it has a long and sordid history. Alice also learns that possessing the teapot could lead to death, but she withholds that info from John.

Because of their newfound wealth, John and Alice are able to pay off their outstanding debts, then they buy a new house, car, and all the luxuries they’ve always wanted. But the teapot has drawn the attention of two Jewish men, who are the grandsons of the woman who ran the antique shop, Dr. Ling, an Asian man who claims that he knows about the powers of the teapot and wants John and Alice to give it up to save them, and Arnie, their former landlord who is also a bully to John and Alice.

As time goes on, the teapot pays out less and less, so John and Alice have to come up with more ingenious ways to hurt themselves or others. This includes hurting each other psychologically, which begins to take a toll on their marriage. When Alice starts considering murder, John realizes that they are going too far and he wants to get rid of the teapot. Alice doesn’t want to go back to their old life and won’t give it up. One night, John finds the info that Alice withheld concerning the teapot and death. He then gives her an ultimatum; give up the pot or he’ll leave her. When she hesitates to answer, John knows she will choose the pot and attempts suicide by jumping out their 2nd floor window. He survives, and Alice, finally realizing that the teapot is damaging their marriage and nearly killed John, agrees to get rid of it.

They plan on handing the teapot over to Dr. Ling the next morning, but late that night Arnie breaks into their house and steals the pot. At first they are glad it’s gone, but then they realize that if two nice people like them can turn evil due to the teapot, what can it do to a mean person like Arnie. They go to Arnie’s trailer and attempt to take back the pot, but are met by Arnie, his wife Brandi, and a pair of guns. Just as Arnie and Brandi are about to kill John and Alice, the two Jewish men arrive with guns in order to take the teapot for themselves. The four begin shooting it out while John and Alice hide. Ultimately, the four all kill each other while the teapot spits out thousands of dollars. John and Alice come out of hiding, gather up all the money and the teapot, and leave the trailer. Later, they meet with Dr. Ling and they give him the teapot. He tells them that the teapot cannot be destroyed, but he can put it someplace where no one can get to it.

John and Alice decide they have had enough of the money, so they give it away as well as their new house and car. The movie ends with Dr. Ling sailing to the middle of the ocean and dropping the teapot overboard, where it sinks to the bottom. 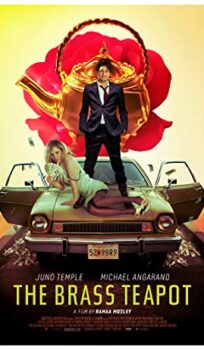