Mariana (Jennifer Lawrence) inadvertently caused the accident that kills her mother Gina (Kim Basinger) and Nick Martinez (Joaquin de Almeida). In the aftermath of the accident, Mariana becomes romantically involved with Nick’s son Santiago, and becomes pregnant by him. However, she abandons both Santiago and their daughter Maria, just days after she is born.

Years later, Mariana, living under the name of Sylvia (Charlize Theron) is a successful restaurateur. However, she is depressed, prone to cutting, and resorting to having copious casual sex to feel anything. Her past catches up with her when Carlos, Santiago’s friend, arrives to find her, as Santiago has been in a plane crash and wanted her to be brought to Mexico, in part to finally meet her child in case he doesn’t make it.

Mariana/Sylvia is resistant but is ultimately convinced to stop running from herself. She travels to Mexico and at while Santiago is sedated in the hospital, confesses her role in his father’s death. She begs him to pull through, as she doesn’t know how to be a mother; it is also clear that she still cares for him, after all these years.

Despite a close call in surgery, it appears Santiago will pull through. When Maria goes to see her father, she asks Mariana if she is coming. Mariana follows her, and the film ends on a hopeful note. 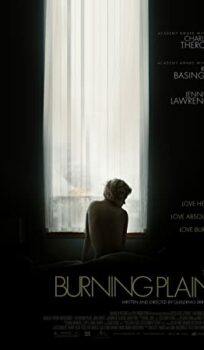