Submitted by Graham, and Evan

Five kids are visiting a little cabin in the woods for a holiday break of partying. Unfortunately, they release a family of zombies from the grave who attack them all!

The kicker is, the whole thing is a setup by a cult. The cabin and surroundings are on top of a high tech complex full of caged monsters which can be released at will. The kids have been chosen for this as sacrifices to the cult’s gods.

Marty and Dana survive the zombies and break into the base, releasing all the monsters to cause carnage amongst the cult. The cult leader (A surprise cameo of Sigourney Weaver), appears at the end to tell them that unless they go through with the sacrifice, the sleeping gods beneath the Earth will wake and destroy all of humanity. And this is actually true – the gods are indeed down there, and starting to wake up. She pleads with them to volunteer to complete the ritual, and then tries to kill Marty, but they refuse to take part and manage to survive.

With the ritual failed, the gods wake and begin the process of destroying humanity. 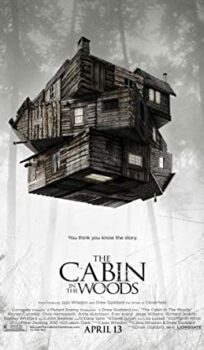