Michael Foster never got over the fact that his blonde haired, cancer-stricken sister died. To cope with her death, he kidnaps young blonde haired women, takes them to an underground bunker on a second property that he owns that’s next to where the house was where he and his sister grew up, ties them to a chair, washes and cleans their hair, scalps them, murders them and dumps their body into a shallow grave.

After being told to go home by her boss, Jordan (Halle Berry) goes to Michael Foster’s second property and locates the underground bunker hatch. She goes down into the bunker and locates Michael Foster who is beginning to scalp Casey. A fight ensues and Casey is able to escape out of the bunker above ground and as Jordan is climbing up the ladder, she’s able to kick Michael Foster back down which renders him unconscious. Jordan then takes out her cell phone and starts to call 911 but Casey stops her. The next scene shows Michael Foster chained to a chair in his underground bunker. Jordan and Casey plan on telling the police that Casey was able to escape her kidnapper and Jordan just so happens to find her in the woods. They leave Michael Foster chained to the chair and leave the bunker, leaving him to die and to never be found. 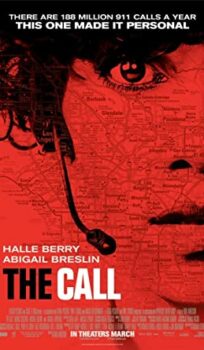