Private Kang (Dong-gun Jang) is a solider in the South Korean army who has  the idea that killing a spy that tries to enter via the coastline will be a great honor drilled into his head by his training. One night, Kang accidentally fires on a couple that snuck into his zone to have sex, killing a man and mentally traumatizing the man’s girlfriend Mi-yeong (Ji-a Park). Since the couple entered illegally, Kang is cleared of wrongdoing and given a commendation. However, suffering from PTSD, Kang is later discharged as being unfit for duty.

Meanwhile, Mi-yeong slides further into mental illness, having numerous affairs with the men of the military base, thinking they are all her dead boyfriend. She becomes pregnant, and the camp commander forces the camp doctor to perform an abortion despite his lack of training; her final scenes imply she will continue to fall deeper into madness.

After trying to rejoin his unit, and stalking his former comrades, Kang snaps and kills three of his former unit. He then travels to Seoul in his full uniform and bayonets several civilians. Police arrive and Kang points his rifle at them. Gunshots are heard, signifying that Kang is apparently killed by the police. 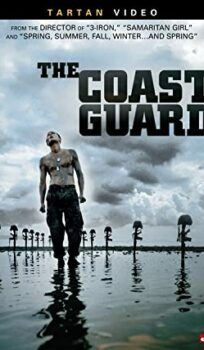