Bling Bling (Ja Rule) and Wheezer (Ruperto Vanderpool) try to hotwire a car to get to Todd’s (Quran Pender) neighborhood, but the car turns out to belong to Todd’s girlfriend Brittany (Meagan Good). When she spots them, they hold her at gunpoint, and – though unaware that she is Todd’s girlfriend – they force her to take them to Todd’s neighborhood. They crash through the neighborhood’s security gate, alerting the guard Mildred (Queen Latifah), who dons a SWAT uniform and goes after them.

As everyone at Todd’s is about to eat, Bling Bling and Wheezer barge in with Brittany, guns drawn. Before they can take everyone’s money and jewelry and force Todd to autograph some sneakers so they could sell them, Mildred shows up, along with Todd’s rifle-toting cousins Jerome (Shawn Andrew) and Jasper (Godfrey), and they force the duo into surrender. The cops are called and Bling Bling and Wheezer are taken to jail. The head of the unit suggests to Mildred that she join the police force.

Since they have little in common and he has grown tired of her gold-digging attitude, Todd dumps Brittany and hooks up with Becky (Eve), a childhood lady friend of his who came to the cookout. Todd also gets the endorsement deal from Mrs. Peters (Marci Reid), and she and his agent Wes (Jonathan Silverman) hook up.

The closing narrative states that Todd scored 26 points in his professional debut, and he and Becky would become engaged. Brittany hooked up with Todd’s cousin Jamal (Kevin Phillips) when she found out he was studying to become a doctor, but they just recently broke up for the third time. Mildred became a New Jersey State Trooper, and she recently broke the record for the most speeding tickets issued in a single month. Todd and his family threw a cookout in her honor. 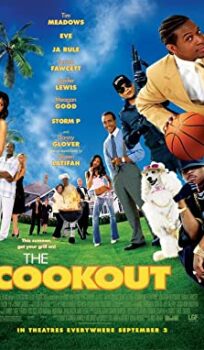