The Farmer proceeds to do in the Chun Yo Fu & Muk Li San, Steven (by having his stomach split open), Andrew (blade to the groin followed by ripped off head) and Tracey, who is finally silenced with a shovel decapitation.

Peter manages to strangle the farmer then crush him under a stack of shelves after David gets a pick-axe in the chest. Peter now stranded in the cellar is met by the farmer’s offspring who are feasting on the corpse(s) of Chun Yo Fu/Muk Li San before attacking him.

After the credits Andrew’s dad (who looks a-lot like Steven Berkoff) and his heavies show up at the farmhouse cottage, only to be greeted by the still living farmer, who bursts out of the house wielding a pickax. 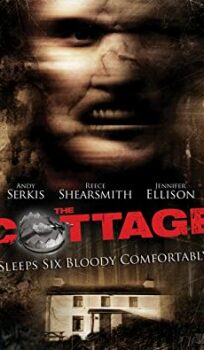