The relentless obsession of Adrian (Alicia Silverstone, in her film debut) over Nick (Cary Elwes) escalates to a destructive point in which she tries to kill his co-worker and would-be girlfriend Amy (Jennifer Rubin) by locking her in a dark room and emptying a wasp nest on her; also, showing up at an awards’ ceremony Nick attended and staging a jealousy scandal, despite him sternly telling her off; sabotaging Nick’s attempts to move elsewhere by spreading a rumor of him being a drug dealer; and, finally, scavenging a used condom from Nick’s trash to obtain semen as evidence and have him arrested for sexual assault -completed by Adrian looking disheveled and badly beat up, obviously her own doing-. And, of course, because she is a minor, it looks like his life is now irreversibly ruined.

Nick’s editor, Michael (Matthew Walker), bails him out but under the condition of being suspended until further notice and picking up his belongings from the Forresters’ as soon as possible, while they appear to be all away. While he does, Cheyenne (Amber Benson) comes to see about him, convinced of his innocence, and warns him that a Camp Counselor Adrian once had a crush on appeared “accidentally dead”, having eaten something poisonous; letting him know, as well, of a certain diary she keeps, which could be his salvation.

When Nick notices some weird activity from the house, he goes to see, concerned about Cheyenne, and ends up being attacked twice by Adrian -she snuck off her parents’ vehicle and stayed behind-; their fight leads to the attic, where Cheyenne is tied to the toy merry-go-round. Meanwhile, Adrian’s dad, Cliff (Kurtwood Smith), jumps on Nick, thinking he is assaulting Adrian, only for her to knock him unconscious. In one last-ditch attempt, Nick puts Adrian out of combat with one mighty punch.

Adrian survives and is sent to a mental institution. Nick rebuilds his life, and he and Amy move in together. All the while, Adrian keeps sending him letters that he just ignores, which she points out to her Doctor (Andrew Arlie); but the Doctor reassures her on how much progress she is making. The movie ends with Adrian shown having in her possession a picture of the Doctor, while smiling creepily, thus indicating now he is her new crush. 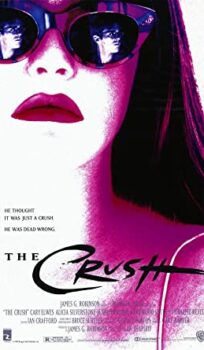