Pooper:
Hongi defeats Wirepa, but spares his life in order to break the cycle of violence. Hongi promises that his own ancestors will welcome the dying Warrior into the afterlife before returning home to what remains of his tribe.

Long Ending:
This story takes place a long time ago in New Zealand. There has been a long period of peace between the Maori tribes. Hongi (James Rolleston), the son of one of the tribal chieftains, spies Wirepa (Te Kohe Tuhaka), son of another tribal chieftain, desecrating the remains of some of Wirepa’s ancestors. Wirepa discovers Hongi spying on him and publicly accuses Hongi of desecrating the remains. Hongi’s father offers to sacrifice Hongi (despite acknowledging Hongi’s righteousness) if it will serve to keep the peace. Wirepa declines the offer, threatening to return for battle.

In order to justify his actions to Hongi, his father explains that there is an abandoned territory called the Dead Lands. It was once inhabited by a thriving tribe and, one day, the tribe was mysteriously slaughtered. All that remains is an alleged guardian spirit that safeguards the ancestors of the lost tribe. He explains to Hongi that he simply wishes to avoid the same fate that befell the tribe from the Dead Lands (and thus, was willing to sacrifice his son for peace). That night, Wirepa leads a sneak attack against Hongi’s village and slaughter all the men but Hongi (who fell down a hill during the attack and was subsequently not found by Wirepa’s warriors). Wirepa and his warriors then depart for home with the head of Hongi’s father. Wirepa opts to take the shortcut through the Dead Lands despite the objections of the more superstitious warriors.

Hongi recovers from his fall and, with the guidance of his grandmother’s spirit, pursues Wirepa into the Dead Lands. His grandmother’s spirit leads him to the home of the “guardian,” who turns out to be a half-crazed Warrior (Lawrence Makoare). The Warrior is mortal (though a powerful fighter and a cannibal) and revealed to be the last male member of the tribe that used to live in the Dead Lands. Ultimately, the Warrior’s wife convinces the Warrior to help Hongi in his quest to kill Wirepa so that he may find salvation for past sins.

As they track Wirepa, the Warrior trains Hongi how to fight (utilizing psychological warfare as well). They finally catch up with Wirepa’s tribe. The Warrior tells Hongi to run off in an attempt to split Wirepa’s forces, but only one warrior pursues Wirepa. The rest attack the Warrior en masse. Although the Warrior takes out about 2/3 of Wirepa’s warriors, they eventually overwhelm and wound him. He is saved from a fatal blow by Hongi, who killed his pursuer and returned to the fray. Wirepa and his surviving warriors retreat and Hongi nurses the Warrior back to health.

The pair continue their pursuit (with the spirits of the Warrior’s ancestors slowing Wirepa’s progress home). They meet a group of refugees hiding in the Dead Lands. After one of the refugees discerns that the Warrior is the legendary guardian of the Dead Lands, he slaughters the group. When Hongi confronts him, the Warrior reveals his past. To keep peace, the Warrior’s father ordered the Warrior to slaughter his own family. The Warrior complied and when hostilities did not cease, he snapped and murdered his entire tribe in cold blood (it is never explained how he still has a wife). He says that his ancestors still judge him and will never escort his soul into the afterlife. The Warrior then reveals he has discovered where Wirepa and his remaining warriors are hiding (they are located in an old fortress built by the Warrior’s tribe).

Wirepa and his warriors seemingly escape through a back entrance and are pursued by the Warrior. Hongi, however, sees his father’s head attached to a post inside the fort and enters to claim it.Once inside, he is then ambushed by Wirepa  and Wirepa’s best warrior, Rangi (Xavier Horan), who used the head as a trap to lure Hongi into the ambush. Hongi manages to survive long enough for the Warrior to defeat the fleeing warriors of Wirepa and return to aid Hongi. Rangi is killed by the Warrior, but the Warrior suffers a fatal injury in dispatching Rangi.

Hongi and Wirepa engage in heated battle. Hongi eventually defeats Wirepa after utilizing a technique his father taught him. In defeat, Wirepa laughs. He states that his death will only continue the cycle of violence between the tribes and that Hongi’s efforts will only serve to elevate Wirepa into a legend. Determined to break the cycle of violence, Hongi spares Wirepa’s life and forces Wirepa to acknowledge that he and his tribe owe an everlasting debt to Hongi. Wirepa is allowed to return home, truly defeated. Hongi embraces the dying Warrior. The Warrior claims that his own ancestors remain steadfast in turning him away from the afterlife. Hongi responds that his own ancestors will guide the Warrior into the afterlife. Hongi reclaims his father’s head and returns to the village. It is implied that the Warrior’s spirit is escorted into the afterlife by Hongi’s ancestors. 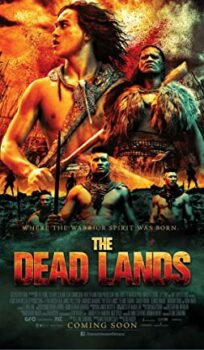