Dr. Harbor (Robert Redford) discovers proof that there is an afterlife, which is often called “hitting the reset button.” He and his son Will (Jason Segel) started the research after Harbor’s wife commits suicide after Harbor ignores their anniversary to work. She slits her wrists upstairs in the tub while he worked in the basement.

Two years after the proof of an afterlife comes out, over 4 million have committed suicide including the rich and famous. Harbor has a mansion on an island where he continues his work with a small group of cult like followers, attempting to record video proof of the afterlife. Will abandoned the project, no longer having any faith in it, and being appalled with the suicides. Will finally decides to go see his dad. On the ferry ride there, he meets Isla (Rooney Mara).

Isla attempts to drown herself where her 5 year old son drowned earlier. Will stops her and convinces her to join him at his fathers mansion, working to see the afterlife.

Isla and Will bond and fall in love. Dr. Harbor’s tests are preformed on a cadaver. Will discovers it has recorded an image of the Cadaver correcting a mistake he had made in his life over a decade earlier. Not knowing that his son has this video proof, Dr. Harbor puts himself under in the machine, dying, and the machine records him not ignoring his wife on the night she killed herself.

Dr. Harbor is revived and decides to destroy the machine. It does show proof of an afterlife, but not what he promised the world. It’s just a loop of correcting your old mistakes. Harbor assembled his cult/team to tell them the experiment was over, but one of the members shoots and kills Isla who is Wills’ true love.

In grief, Will puts himself in his father’s machine, half dead, half alive. Isla explains that Will has lived dozens of lives but always ends up back on the ferry trying to get Isla not to kill herself and this is the first successful attempt at keeping her alive. So he has completed that loop and won’t return there again.

Will vows to remember Isla always. He dies and his father can’t revive him, but when Will wakes up in his next loop, he sees a 5 year old boy about to drown. He saves him and Isla comes running, thankful to a Will she doesn’t know. As they part ways Will starts to remember Isla and looks back. 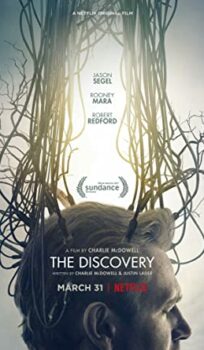