After a shipwreck, the only survivors are Aaron Fallon and the captain.  They wash up on a remote island, that they think is empty. They are surprised when a servant takes them to the mansion of Count de Sade.  The count reveals that his wife has leprosy.  They moved to the mansion to isolate her from other people. The wife has gone insane, and thinks every night is her wedding night.  She is locked in the basement in her wedding gown.  Another servant, Cassandra, warns Fallon to try to get away.

The captain disappears.  When Fallon investigates, he finds the captain and a mute girl tied up and being tortured by the Count.  Fallon tries to free them, but he is subdued by the servant.  The captain and mute girl are killed. Fallon is tied up in the basement and left for the leprous wife.  The deformed wife thinks Fallon is her husband, and is all over him.  Cassandra appears and stabs the wife to death.  She and Fallon run from the mansion, pursued by the Count and manservant.  The manservant falls and injures his leg.  The Count is enraged that the manservant can not obey him, and shoots the manservant.  Fallon surprises and kills the count. 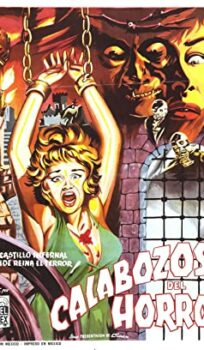