Bill Markham (Powers Boothe) is an American engineer working on a project to build a dam in the Amazon rain forest. His family comes out to visit him in this remote location. His small son Tommy is kidnapped by members of a small tribe. This tribe is referred to as the Invisible People. They disappear deep into the rain forest with Tommy. Bill spends the next 10 years searching for Tommy. He travels through the vast undeveloped jungle, and visits various primitive tribes.

Bill tries to explain to Tommy and the rest of the tribe that the dam is almost complete, and it will completely disrupt their lives. In addition to flooding their land, the hydroelectric dam will lead to greater development in the area. The Invisible People can not believe his description of what will happen, and will not flee deeper into the rain forest. Bill realizes that the way of life his son has chosen will be lost forever. Bill is still an engineer on the project. He enters the dam and places explosives that destroy the dam. 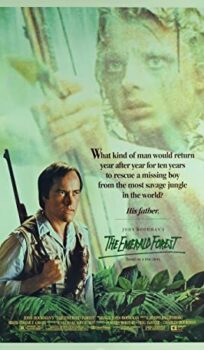