Robert McCall is leading a new life as a Lyft driver while also handling business against those who harm others. He also acts as a mentor/surrogate father figure to a young man named Miles Whittaker, who wants to be an artist. His best friend Susan Plummer is called to Belgium to investigate a murder, only for her to be murdered as well.

McCall discovers that his former trainees from the CIA, led by Dave York, went dirty after they thought McCall died, and when Susan got close to discovering their business, Dave fatally stabbed her. He and his goons try to break into McCall’s house to kill him, but they instead find Miles and kidnap him.

McCall leads the villains to a showdown in his old hometown in the middle of a hurricane. McCall kills the first three men before facing off Dave as he threatens to kill Miles. McCall saves Miles and fights Dave on top of a tower before stabbing and slicing him, and then throwing him off the tower.

McCall gets Miles home safely, and he returns to his old house that he shared with his late wife. 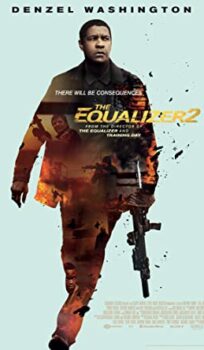