Eventually, the trio of First Wives and friends Elise (Goldie Hawn), Brenda (Bette Midler) and Annie (Diane Keaton) come to realize that taking an actual revenge against their ex-husbands into effect would make them no better than them; so, instead, they decide to make each of them pay considerable amounts of money, which allows the ladies to found the Cynthia Griffin Center, to offer guidance and help to women who have endured the same they did.

The inauguration of the facility takes place with a huge party, in which we come to know and see that Elise started dating some actor from her latest successful stage play; Brenda and Morty (Dan Hedaya) worked it out and reconciled; Morty’s young girlfriend Shelly (Sarah Jessica Parker) hooks up with Bill (Victor Garber), Elise’s ex; and Annie wishes her ex Aaron (Stephen Collins) to “drop dead” when he expresses his wishes to get back to her -having broken with the therapist.

The last sequence shows the trio of friends rejoycing on what they achieved and, then, giving a nice musical rendition of the song “You Don’t Own Me”. 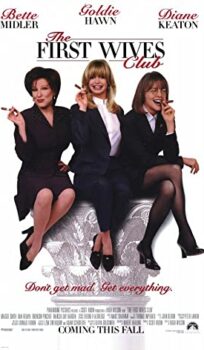