Lots of people are killed but Jeremy Irons, Forest Whitaker and Kal Weber aren’t hurt. Neither is the boy, Charlotte Rampling, or the grandmother.

Jeremy Irons kills all the hijackers. Jason Priestly turns out to be the guy who planned the whole hijacking to get $50 million. Jeremy gets him too.

We never actually see the $50 million. 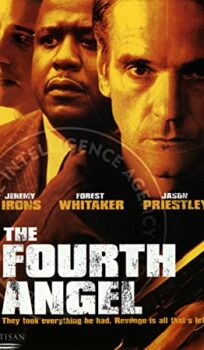