The Fundamentals of Caring(2016)

Halfway through their road trip, Trevor (Craig Roberts) tells Ben (Paul Rudd) he wants to visit his father, who left him and his mother when he was three. When they go to see them, Trevor learns that all the letters his father apparently sent were actually written by his mother so he wouldn’t think that his father didn’t care about him at all. Angry and heartbroken, Trevor wants to go home, but Dot (Selena Gomez) convinces him to finish his trip.

At the final stop, The World’s Deepest Pit, Ben confronts the man who had been following them, only to find out it is Dot’s father, just following to make sure she makes it to Denver okay. Ben gets a call from a worried Dot to come find them. Ben thinks Trevor is hurt, but is actually their other companion Peaches (Megan Ferguson) has gone into labor. Ben delivers her baby. Dot meets with her father and decides to make the remainder of the journey with him. She kisses Trevor goodbye, and tells him they will stay in touch.

Ben and Trevor return home to Trevor’s mother Elsa (Jennifer Ehle). In delivering Peaches’ son, Ben is able to deal with the memories of the death of his son and move on. He signs the divorce papers for his wife, allowing her to get on with her life as well . Ben resumes writing again, his new book about Trevor. He narrates that he resigned as Trevor’s caregiver but they remain friends. 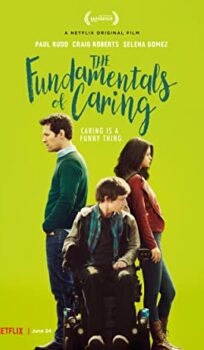