Submitted by Ann-Marie and Adriana

Edward Wilson (Matt Damon) traces the leak about the Bay of Pigs invasion to his son and his son’s fiancee.

Wilson has the son’s fiance killed. His own marriage has long since fallen apart.

Long Version:
There are two story lines. The present time interlaced with the past for background story.

The present time which is just after the Bay of Pigs invasion. Edward Wilson (Matt Damon) receives a photo and an audio tape. The picture is of his son, Edward Jr. (Eddie Redmayne) with his black French fiancé, Miriam (Liya Kebede). She is a spy for the other side. They want to get out of the business to get married. She gets pushed out of plane with her wedding gown while on the way to the church to get married. This levitates Wilson as the Russians gave him a choice between his son’s safety for favours to the Russians or his country. Edward chose his country.

While at a play with his Russian friend, Wilson sees Laura (Tammy Blanchard). Wilson looks away once Laura tries to make eye contact but can’t stop staring at her. Eventually he leaves the theatre. She leaves after him but he is gone. A taxi driver was left for her to take her to meet him at a bar. They meet at the bar and have a night of passion in hotel room. This escapade was photographed and revealed to Margaret/Clover (Angelina Jolie) who decides to move to her mother’s.

The suicide note of Wilson’s father is revealed later in the movie. Wilson had kept it with the seal on at the bottom of a closet safe. It states that his father, Thomas Wilson (Timothy Hutton), had his integrity brought into question and this would cause his family shame. Wilson burns the note after reading it.

Sam Murach (Alec Baldwin) the ever present FBI agent eventually gives Wilson the files on Philip Allen (William Hurt). In them are documents about how Allen has been embezzling money. This takes him out of the running of the large US body which includes the CIA. The next candidate is Wilson’s old frat buddy, Richard Hayes (Lee Pace) who decides to put Wilson in charge of the CIA.

Edward Jr. had overheard at one of the Yale Skull and Bones retreats his father discussing the “Bahía de Cochinos” (Spanish for Bay of Pigs) with Hayes. In the end, when Ulysses finally played the entire tape to Edward Sr., the tape of the couple making love in the Congo, which has been identified as Edward and his love (who is a Soviet spy), Edward Jr. is overheard repeating “Bahía de Cochinos” to her, as they were discussing secrets. So it was Edward Jr. who accidentally leaked the information to her, who then leaked it to the Soviets.

The story line with Dr. Fredricks (Michael Gambon) is all in the past as he dies before the real action takes place. Dr. Fredricks is a spy for the British. He has been infiltrating the German resistance in the US for two years until Wilson brought his integrity into question. Wilson finds that Dr. Fredricks is his new teacher when he goes to England to learn the ropes. Eventually Dr. Fredricks integrity comes into question again. He get beaten up by random thugs under the watchful eye of Wilson and Arch Cummings (Billy Crudup) then gets pushed into the water. Dr. Fredricks knew that his time was up and gave Wilson words of warning about the business.

Arch Cummings is a spy for the Russian side. Allowing a fake Valentin Mironov (John Sessions) to come into the US and the real Mironov (Mark Ivanir) to get beaten to a pulp by interrogators. The real Mironov eventually throws himself out a window during interrogation to death. Wilson starts to question the fake Mironov after the interrogation. We find that the fake passport and other papers are hidden in the cover of the Ulysses novel Cummings gave to Mironov. Wilson gets the fake Mironov arrested and seemingly sent back to Russia where he will be tortured and executed. 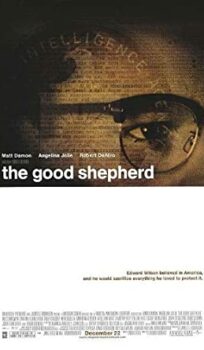