Cassie (Catherine Bell) reveals to Sheriff Jake (Chris Potter) that she is the sole descendant of the “Grey Lady” Elizabeth Merriwick, and also, her real name is Sue Ellen Brock. She was orphaned at a young age and sent to live with a foster family, but they were too strict on her, so one day she ran away, and she continued running for years, living under false names so no one could find her. When she discovered her ancestry and that she was the heir of Grey House, she took it as a sign to finally settle down.

Martha’s (Catherine Disher) crusade to drive Cassie out of town takes a dark turn when her own sons vandalize Cassie’s shop. However, they are soon caught by Deputy Derek (Noah Cappe) and taken to the police station. Derek radioes Jake and tells him what happened, so he and Cassie head down to the station. Martha and her husband, the town mayor Tom (Paul Miller), arrive soon after they do.

Jake chastizes Martha (and, to a lesser extent, Tom) for what happened, saying that their boys did what they did because they put into their heads that everyone must act the same and look the same, and whatever is different needs to be driven away. He tells Derek to put the boys in a cell for some quiet time, but Cassie stops him and says that she isn’t going to press charges because she didn’t want the boys’ lives ruined over this.

After Tom tells the boys to go wait in his car, he scolds Martha, telling her that her vendetta against Cassie has caused their children to become juvenile delinquents, and it was going to stop. He apologizes to Cassie and tells her that his sons will repair the damage they did, and he and Martha would pay for any additional damages.

As the boys and Jake’s family and friends are repairing the shop outside, Cassie and Jake go inside to clean up the debris in there. Jake finds Cassie’s broom in there that he earlier saw in her closet, which was odd, because she never stepped foot into the shop since before it was vandalized. He asks Cassie if she really is a witch, but she just poo-poos the notion, and they kiss and hug. 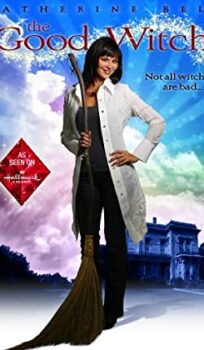