A short time after Cassie (Catherine Bell) loses ownership of Grey House to Nick (Rob Stewart), Jake (Chris Potter) tells her that he found out that Nick was nothing but a con man who specialized in real estate fraud. He would show up at an expensive property with a prior chain of title, then manage to take over the deed for next to nothing, and then sell the property to developers before moving on to his next scam. He joined the town’s Bicentennial Committee so he could gain access to the Historical Society Library, where he used old land records to fake the documents he possessed stating that he had rightful ownership of Grey House.

Shortly after revealing this information to Cassie, Jake’s daughter Lori (Hannah Endicott-Douglas) shows up with a book she found that was written by Elizabeth Merriwick that told stories about her beloved Captain Hamblin, whom Nick said he was a descendant of. After taking a quick read of it, Cassie realizes that Captain Hamblin is a fictional character. She and Jake then go straight to Grey House and confront Nick about his criminal actions and false ancestry. Having been exposed, he tries to escape, but Jake quickly catches him and puts him under arrest.

Cassie reclaims ownership of Grey House, and the Bicentennial garden party at the house is a success. As the fireworks commemorating the event are going off in the sky, Jake proposes marriage to Cassie, and she accepts. It still isn’t known if she really is a witch or not. 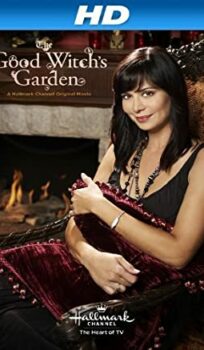