The film is a musical retelling of P.T. Barnum’s (Hugh Jackman) start in creating a circus full of unique individuals that others view as freaks. He struggles at first but wants to give his wife and daughters a great life.

The circus proves successful, but it is plagued by protesters, as well as Barnum’s obsession with gaining wealth and fame, and his exploitation of the performers. A group of protesters start a fire that burns the theater down and injures Barnum’s partner Phillip Carlyle (Zac Efron). He and his family are also evicted from their mansion, just as Barnum’s wife Charity (Michelle Williams) suspected he was cheating on her with an opera singer, Jenny Lind (Rebecca Ferguson), whom he went on tour with.

The troupe encourages Barnum to get back on his feet since he got them together and made them feel like they weren’t alone in the world. With Phillip’s help, they are able to restart the circus, and Barnum lets Phillip take over so that he can spend more time with his family. 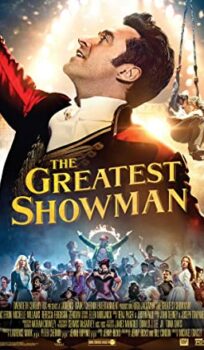