Andy Brewster (Seth Rogen) tells his mother Joyce (Barbra Streisand) that his meeting in San Fransisco is really about reuniting with her lost love Andrew (who she named her son after since he made such an impact on her life). Joyce is momentarily hurt by his secrecy, but after Andy makes a successful pitch of his cleaning product in Las Vegas, they decide to head to San Fransisco to meet him.

Getting there, Joyce is saddened to learn from Andrew Margolis Jr. (Adam Scott) that Andrew Sr., his father, died five years prior. Joyce is hurt initially when Andrew Jr. says his father never spoke of her, but is pleasantly shocked to discover that Andrew had a daughter, that he named Joyce (Ari Graynor). Content in the knowledge that she meant as much as to Andrew as he did to her, Joyce and Andy head off.

As they say goodbye at the airport, Joyce tells her son that she finally has closure; that while she was meant to meet Andrew, she wasn’t destined to marry him. She was meant to marry his father, and have him as her son. The two go their separate ways, and Joyce calls Ben Graw (Brett Cullen) the man she met at a steakhouse, implying she is ready to find love in her life again. 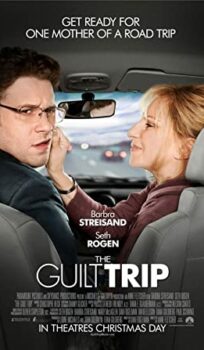