Wanderer is a part of a race of aliens called Souls that inhabit the human race to take over their bodies. Her “host” is a young woman named Melanie who was captured and healed after attempting to kill herself to keep from being inhabited by a Soul. Wanderer breaks away from her fellow Souls and is taken by some remaining humans, including Melanie’s uncle, Jeb. Unbeknownst to many, Wanderer (later named “Wanda”) and Melanie share the same body, which leads to conflicts. Melanie was deeply in love with Jared, one of the remaining humans, who soon realizes that she still exists, but is sharing her body with Wanda. Meanwhile, Wanda beings to fall in love with another human named Ian.

Wanda and Jared steal medicine from the Souls and heal Melanie’s brother, Jamie. When the Seeker, a Soul who has been aggressively looking for Wanda, comes after her, Jeb shoots the Seeker in the shoulder and captures her. Wanda shows Doc how to extract the Soul from the human host. She releases the Soul in a pod she stole when stealing the medicine. The host the Seeker had occupied wakes up and tells Wanda that the Seeker went after her because she knew that Wanda was aware the humans could fight against the Souls.

Wanda asks Doc to remove her from Melanie’s body and kill her- she no longer wants to steal free will from anyone. Melanie has come to love Wanda like a sister and protests, but Wanda insists. She lies down and has a last conversation with Melanie before closing her eyes. She awakens a month later in a new body- Doc has successfully extracted dozens of Souls from humans, and the body they gave Wanda did not wake up from after extracting the Soul and she started to die, so Doc placed Wanda inside the new body. Wanda kisses Ian.

Months later Wanda, Ian, Melanie, and Jared drive through the city and get pulled over by a Soul. It is revealed that he is working with the humans as well, and was not aware that there were any other Souls who “changed sides.” 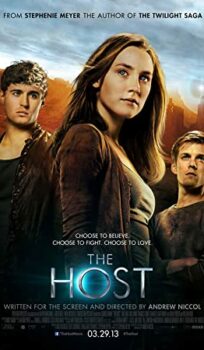