Eddie (Eddie McGee), the one legged army veteran, is the winner of the death race.

It is revealed at the end that an alien species kidnapped the 80 racers. They have had kidnapped species across the galaxy to whittle them down to one candidate each for a intergalactic battle to the death. Since Eddie survived, he is selected to represent “The Human Race.”

Eddie, refusing to play their game, tries to commit suicide by stepping on the deadly grass the aliens set up, but they have taken away its lethal power by then. Eddie investigates the alien towers in the distance, only to be transported away by his captors.

The film ends with Eddie in a new alien environment for the final battle. He sees his opponent, a winged alien. It takes the sky, ready to kill him. Having no choice, Eddie cracks his neck and gets ready to fight… 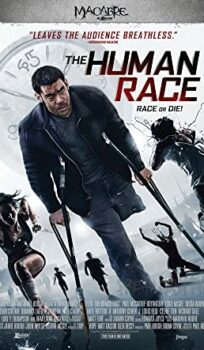