Vicky (Jennifer Runyon) visits Del (Donovan Leitch) at school one day and tells him that she plans to leave for California with Dugan (Scott Plank), since her father Tiny – the chief of police – has the cops after him. Del then proposes a plan: He’ll pick her up at her house that night under the pretext of taking her out on a date, but really to take her to meet Dugan at a rendezvous point so they can escape town. He said that this deception would allow her and Dugan more time to get away, since her father wouldn’t think much about her being with him. She agrees to this plan, and then he asks to have one last dance with her, which she grants at Perry Parker’s (Joe Pantoliano) show. Meanwhile, Perry learns that his show has been cancelled in favor of a show that plays music of the burgeoning psychedelic rock era.

After finding out that his father had taken the family car in to the shop for repairs, Del heads to Gail’s (Wendy Gazelle) house and asks her to loan him her father’s prized Cadillac so he could pick up Vicky. Though initially apprehensive about openly rebelling against her parents for once, she ultimately decides to help him out.

As Dugan is on his way to the rendezvous point, he is spotted by a police officer, who calls Tiny. Del gets Vicky to Dugan, but when the two try to get away on Dugan’s motorcycle just as Tiny is coming in a squad car, the motorcycle has trouble starting. Del proceeds to drive the Cadillac into Tiny’s path to give them time to get the motorcycle running and take off.

The next day, Gail stops by Del’s house, sporting a new hippie look and carrying Bob Dylan’s Highway 61 Revisited record. She puts the record on, and the movie closes with them listening to “Like A Rolling Stone” and smiling at each other. 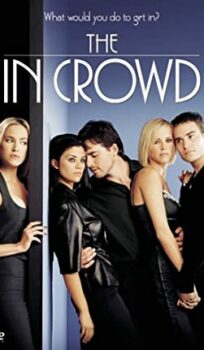