Charlie (Mark Wahlberg) and the crew successfully steal back the remaining $27 Million worth of gold from the double-crossing Steve (Ed Norton), and leave him with the Ukranian mobsters who were very interested in getting their hands on Yevin’s killer. In an epilogue, the gang members are shown enjoying their wealth in the ways they described at the outset, and Charlie, taking John’s (Donald Sutherland’s) advice, is spending the rest of his life with the girl of his dreams–Stella (Charlize Theron).

The original version of this movie was released in 1969. 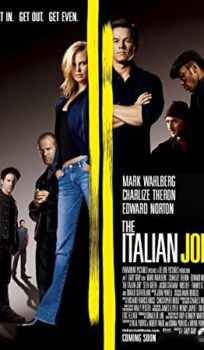