In cahoots with Eddie (James Gandolfini), Annie (Demi Moore) meets The Teacher (Alec Baldwin) and lures him into talking trash about Louie Boffano (Tony LoBianco), so she can frame him.  For this, she uses a tape recorder hidden in her pocket; the wire she asked from DA Tallow (Lindsay Crouse) is left behind, so everyone at the DA’s office believes the meeting failed to take place. Later, she gives the tape to Boffano personally, and he agrees to leave her alone in exchange of having it.

Boffano calls The Teacher over and lets him know about Annie’s move, with the intention of having him killed immediately.  However, The Teacher stands up, blows Boffano up (with a bomb hidden inside the money’s case) and kills the rest of the bunch, including Eddie.  Later, he calls Annie and lets her know that, due to her betrayal, he will go to Guatemala and kill her son, Oliver (Joseph Gordon-Levitt).

Then, comes the race against time.  They both run to try to reach the boy first.  Finally, seems like The Teacher gets to him before Annie; as Oliver spots him, he runs into the woods and The Teacher follows him to a Mayan temple, where he is shot down by a bunch of armed locals and, then (in a very Hollywood-ish, lets-see-who-draws-the-gun-out-first fashion), BY ANNIE, who kills him.  She, Boone (Matt Craven) and Oliver survive. 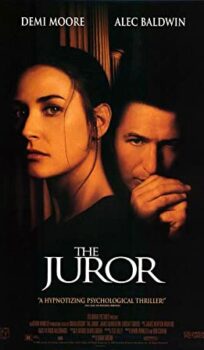